What Spiderman, Superman, the X-Men and CASA kids have in common

The majority of kids’ cases we help to close end in family reunification – 52% of the cases last year to be exact. If you watched the 2011 Thor film, or read the 1968 comic Thor #159, you’ll remember that Thor was kicked out of Asgard and banished to Earth by his father Odin. Eventually, Thor was reunified with his family after his time apart from them. 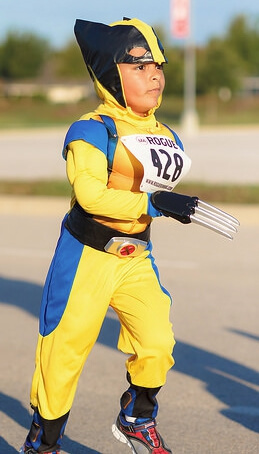 The second highest number of closed cases ended with adoption by or a permanent living situation with relatives (22% of cases closed last year), just like Spiderman who was raised by his aunt and uncle, Mary and Ben Parker. It was Uncle Ben who told him, “With great power comes great responsibility.”

Batman was raised by his family’s butler, Alfred, whom we might consider fictive kin – a term used to refer to individuals that are unrelated by either birth or marriage, who have an emotionally significant relationship with another individual that would take on the characteristics of a family relationship1.

Unfortunately there was no Family Finding team around when Superman landed on earth, though even our expert Family Finding volunteers would have had trouble locating family members from the destroyed planet of Krypton. So Superman, like 14% of the kids whose cases we helped close last year, was adopted by non-relatives Jonathan and Martha Kent.

The X-Men comics and their conflicts between mutants and the rest of the human race reflect a number of social issues. In particular we see many similarities between the X-Men and struggles of the LGBTQ community, which happens to be drastically overrepresented in the foster care system (a recent study in Los Angeles found that the percentage of LGBTQ youth in foster care was around double that of LGBTQ youth in the general population of the area2). Just as many of Professor Xavier’s students were kicked out of their homes when their parents discovered their mutant powers, many youth who come out to their family face violence or rejection and end up homeless or in the foster care system. Xavier's School for Gifted Youngsters is actually a lot like our Transitioning Youth Project, helping youth who haven’t found permanent homes and don’t have parental support to prepare for adulthood, get a good education and make healthy connections with encouraging adults (you know, like Jean Grey, Storm and Cyclops).

Facing the adversity of not having your parents (or, as in the case of X-Men, not having supportive parents) to raise you serves as a key part of the majority of superhero origin stories.  The obstacles superheroes must face to become the heroes they need to be give their stories great drama.  But it’s a very real challenge to the thousands of children in the child welfare system here in Travis County each year. And that is why CASA is here, to ensure every child, no matter their family situation, has the chance to grow up happy and healthy and become a superhero adult. And this is possible because of dedicated CASA volunteers, everyday people like Clark Kent and Peter Parker who on occasion put on their cape and mask and step into the courtroom to speak up for kids.

The 2015 CASA Superhero Run 5K & Kids 1K is happening Sunday, September 13 at the Central Park at The Domain! We hope to see you there.