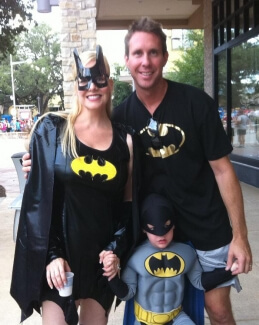 Five minutes before the start of a Walk to End Alzheimer's in Temple, Texas, someone approached Tracy Hamilton and mentioned that they had no one to sing the National Anthem. It took only a moment for Tracy to step up and volunteer. Five minutes later, she was singing for the crowd. That's just who Tracy is. When there is something that needs to be done to help others, she will step up and do it without a second thought. For six years now, she has sung the National Anthem for the CASA Superhero Run, she was our number one fundraiser for the race in 2015, and she's a runner we love.

Tracy's strong sense of what is right and her compulsion to be involved in making that into a reality have been with her for as long as she can remember. At five years old, she started following her sisters around the neighborhood soliciting donations for the March of Dimes Reading Champions. As a teen, living in Tennessee, she tried to convince her mother to let her go across the country to clean up beaches with Greenpeace and, in college, she organized the student body to demand better women's health screenings on campus. If Tracy saw an injustice, she would, without fail, be on the front lines of making it better.

She pursued a pre-law degree with the hopes of becoming a child advocacy attorney but, like many people who head down the path of social service careers, Tracy found that working directly with children who had been abused was too much to handle emotionally. Unlike most people who face that  situation, though, she didn't let it dampen her resolve to make a difference. "I remember thinking, 'I want to be an advocate. I want to be an advocate.' I just didn't think I could do it," she explains. "That's when I said, 'No, I can do something in other ways.'"

She met her husband Matt when he was a law student and the two bonded over their love of CASA's work and their passion for helping children from difficult places. He had worked for a judge who was writing a book about CASA and she'd discovered it during an internship in child advocacy law. As a couple, giving back has been something they've always done together, and a value they hope to instill in their son, Jackson.

When they moved to Austin, Matt joined the board at CASA of Travis County and Tracy set to work finding all the ways that she could help. She sat on the committee for CASAblanca for years and eventually chaired the gala, in addition to participating in, and singing for, the CASA Superhero Run. She loves that both events allow her to bring other people into a cause she cares so deeply about and hopes that they will be inspired like she was. "Once you find something you are passionate about," she says, "then you do whatever you can."

If you want to support Tracy's fundraising efforts, you can visit her personal donation page, and you can still register to run in (and fundraise for) the CASA Superhero Run before this Sunday, September 18th at www.casasuperherorun.com! 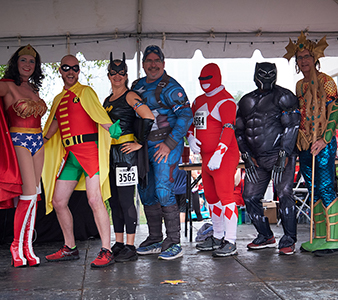 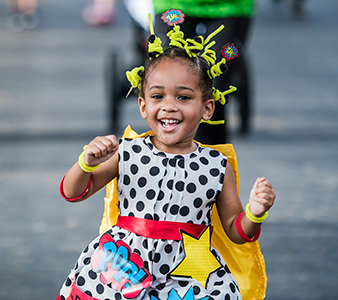 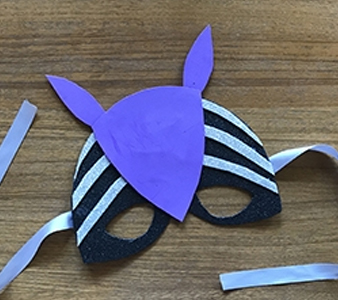 Super Crafter: How to make an armadillo superhero mask!

With the CASA Superhero Run 5K and...