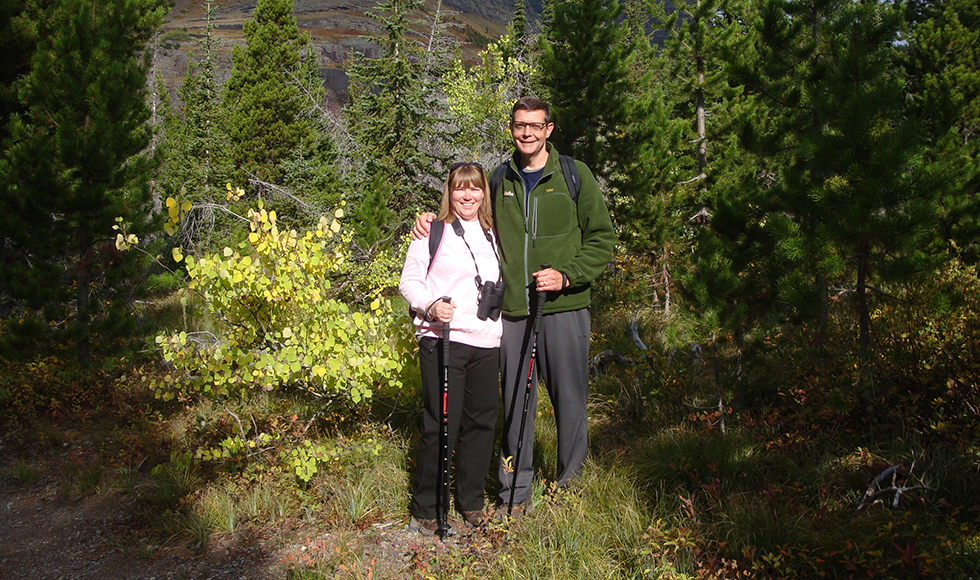 Co-CASA volunteers John and Debbie Dulski just celebrated 20 years of marriage by renewing their vows with their four children beside them. They each had brought their children with them on their first date at the Texas Capitol more than two decades ago. The Capitol became so special to the Dulski family that it was their wedding venue. 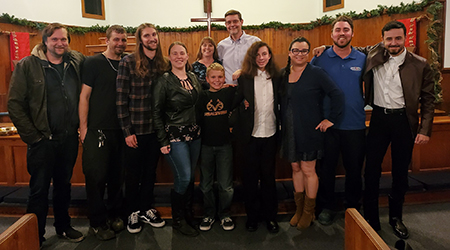 With their children now grown, traveling is a big part of Debbie and John's life together. National and state parks are their favorite destinations, especially if they have the chance to hike. "We've taken some amazing hikes on vacations. Mt. Rainier was one of our favorites, as well as Glacier National Park," shares John. "We did Yellowstone and the Grand Tetons all in one trip!" "We like to travel at least once a year," adds Debbie.

John is an aerial mapper, which allows him to use his degrees in aviation and geography. He attended Slippery Rock University in Pennsylvania, and was originally transferred to Austin for a "temporary" assignment that ended up becoming a permanent life change.

Debbie has been in the Austin area her whole life. She works as an office manager for a public affairs company, and is "extremely organized," according to John. And John appreciates Debbie's mind for details when it comes to their work with CASA. "Her organizational skills, how she takes notes, how observant she is, how she interacts with the parents and family and everyone involved with the case… she's very patient, really good at listening. She's the kindest person I know."

"Meanwhile, the kids [on our cases] always gravitate towards John," says Debbie. "They really want to get to know him." 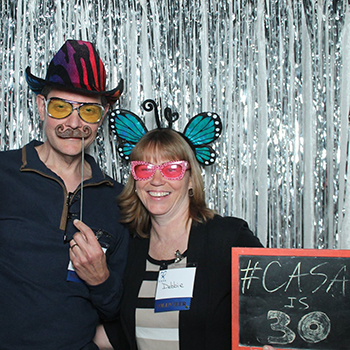 "Probably because I'm just like a big kid," John laughs. "But we balance each other well. We usually have a plan when we go on visits, but even if it doesn’t work out, we can read each other. For instance, I can play with the kids and see how they're doing while Debbie is talking to the placement and gathering information."

Debbie and John didn't actually begin their work with CASA together. In fact, Debbie first heard about CASA in her early 20s and always knew she would volunteer someday. Meanwhile, John had never heard of CASA "until we got together and Debbie talked about it all the time! I said, 'Why don't you just do it?'"

Six years ago, after returning from a retreat with a “what are you waiting for" feeling, Debbie applied to be a CASA volunteer. After she completed training, John joined her at the Swearing-In Ceremony, where he heard The Honorable Darlene Byrne speak about how we need more men to become CASA volunteers. Inspired, John began his training soon after. Debbie worked two cases and then joined John at the end of his first case as a Family Finding specialist. The two of them then became co-CASA's and began working cases of large sibling groups together.

"One big advantage of working as a couple is that he may see something I don’t see, and vice versa".

"One big advantage of working as a couple is that he may see something I don’t see, and vice versa… especially with multiple kids," says Debbie. "On my first case, I had 3 by myself at one point and even that was a challenge. Now our newest case has 8!"

John says that volunteering with CASA has made him appreciate his childhood. "Anytime that you see somebody go through what some of these kids go through, it makes you reflect on your life. I'm thankful to have had parents who were supportive and loving and there for me."

"I didn't want to see kids fall through the crack. That's why I advocate for emotional support for the kids we work with".

Debbie's upbringing was a bit different. She grew up in a divorced home and experienced some trauma that sparked a deep sense of empathy for children in the child welfare system. "I didn't want to see kids fall through the crack. That's why I advocate for emotional support for the kids we work with," she explains. "Mental health is something that I look at closely with each of them. I know how that pretending can be; you put up the wall and get good at faking it in front of people, even when everything isn't okay."

"I didn't realize the weight that our work is given in the legal system".

One of the biggest things that impressed both John and Debbie about this work was the impact CASA has in the courtroom. "I didn't realize the weight that our work is given in the legal system," says Debbie. "You want to be as impactful as you can, but you only get a short amount of time in the courtroom. Knowing the judges actually read our reports is so encouraging!"

John agrees. "We're so lucky to have the judges we have here in Travis County. It impresses me how much credence they give CASA. They really want to listen to us."

John and Debbie recommend looking into the co-CASA role if you want to make a difference in a larger family, and/or if you want to volunteer with a good friend or spouse. John explains it as "getting to work with my best friend. You get to help give families a chance to stay together, and give them a chance to be successful and not return to the system. And if reunification is not what's best for the child, your priority is still making sure they are safe and taken care of. It's a pretty amazing thing that CASA does."