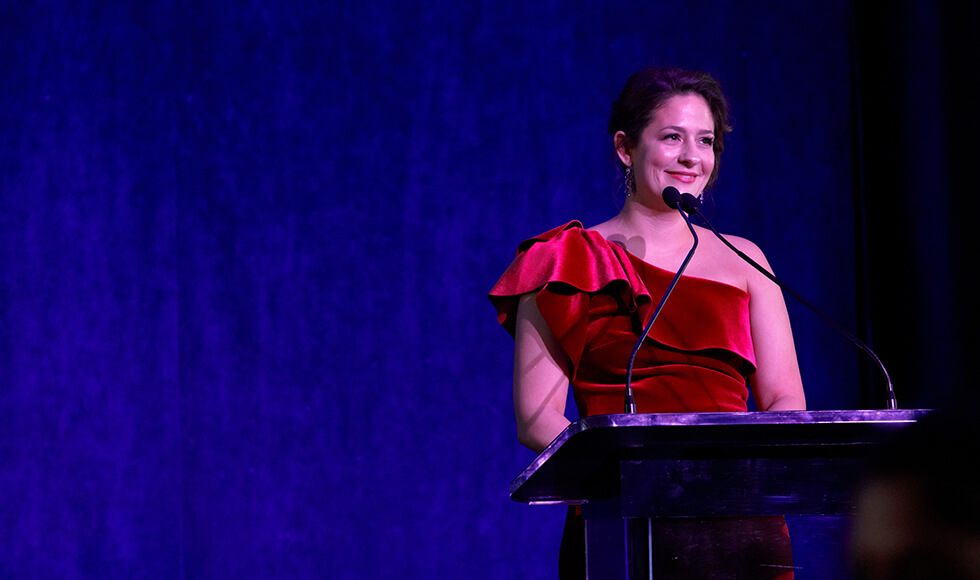 Both on paper and in person, CASA's 2020 Board Chair Meghan Elwell is indisputably impressive. Originally from New York, Meghan lived in both Saudi Arabia and England before moving to Texas for her junior and senior years of high school at Westlake. After receiving a bachelor’s degree from Rice University where she studied math and economics, she went on to graduate from the University of Texas School of Law. Meghan is now the Vice President of Legal Strategy at Sage Advisory, an investment management firm.

As seriously as Meghan takes her career and her work with CASA, she and her family make time to enjoy their time together, too. When they aren’t hanging out on Town Lake, Meghan says the family “loves to go skiing and to travel. We try to take one international trip a year.” (This year it’s Japan!)

Those who know her would argue that one of Meghan’s greatest legacies is her daughter, Charlotte. Charlotte is already following in her mother’s footsteps by learning to play the violin in elementary school. Meghan, who has played herself since she was 4 years old, almost majored in music and continued to play in an orchestra through college.

Charlotte has also taken after her mother when it comes to giving back. “Last year, I took a friend to court to see CASA in action. When Charlotte heard us talking about it, she immediately wanted to help. She started her own team for the CASA Superhero Run and got 20 people to join her.” (As captain of such a large team, Charlotte was part of the first ever Kids Council of Heroes!)

I saw firsthand the contrast between kids who had a CASA volunteer, and kids who didn’t.

Meghan was first introduced to CASA as a law student and says, “It always remained in the back of my mind.” Years later as a member of The Junior League of Austin, Meghan began volunteering at the Austin Children’s Shelter and saw CASA up close. “I saw firsthand the contrast between kids who had a CASA volunteer, and kids who didn’t.”

Through her friends (and today fellow CASA board members) Lee Potts and Jessica Blacklock, Meghan had the chance to learn more about CASA by observing in court and attending the CASAblanca Gala. Fun fact: in law school, Jessica and Meghan studied abroad in London together, and Jessica was also responsible for introducing Meghan to her now-husband, Stephen, on their graduation night!

Meghan joined CASA’s Board of Directors in 2015. “I knew that for me, I needed to help facilitate and support the volunteers doing the work,” Meghan shares. “Supporting CASA is the best thing you can do with your time and money as far as I’m concerned.”

Since joining the board, Meghan has served as the chair of both the Volunteer Recruitment and Retention Committee and the Campaign Committee, been the vice chair of the Board and served on both the Finance and the Child Safety & Best Interest Committees. She was also an instrumental part of developing CASA’s strategic plan in 2017, which has led to a 15% growth in children served over the last 3 years. 2020 will be Meghan’s 6th year on the board.

“I really value and am very proud to have been associated with CASA for so long,” says Meghan. “I’ve seen how measured steps and consistency, even in the small things, amounts to a lot of change.”

At this year’s CASAblanca Gala, Meghan was able to share with guests how CASA prioritizes families through our Family Finding and Early Family Engagement programs. “We want the best possible outcomes for these kids, but it’s not just a one and done solution,” she explains. “Families need more support. Often, it’s one small step at a time, but if we can create an environment of love and support through those steps, I think it creates something amazing.”

With CASA, you have the ability to take action and make change.

After 20 years in Austin, Meghan recognizes that the rapidly growing community means there is an even bigger need for people to step up and help. “With CASA, you have the ability to take action and make change.” This mindset is exactly what CASA needs this year as we strive to reach our most ambitious goals yet: to serve 2,200 children with 900 active volunteers.

For anyone considering becoming a CASA volunteer, Meghan encourages them to not be afraid of the commitment. “Volunteering and giving your time may seem like you’re the one giving something away. But for me, I’ve found that the concept of service is so rewarding. Being willing to make a small difference in the world ends up benefiting you as well as the people around you.” 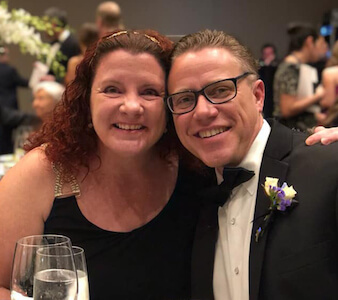 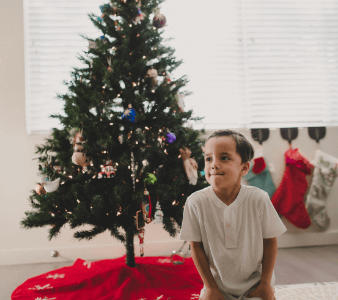 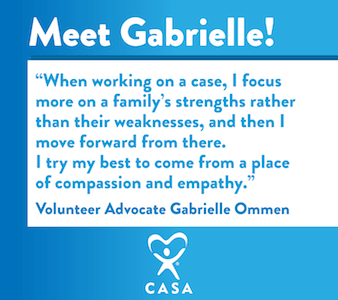