April is National Volunteer Month and is dedicated to honoring volunteers in our communities as well as encouraging volunteerism. 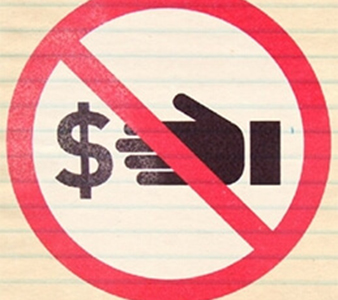 “I appreciate the work CASA does. Sometimes at the end of the day people are only around because they’re paid to be there. You can feel like just a case number. CASA volunteers are there for you. There are no ulterior motives. They’re there for your best interest and to make sure your voice is heard. To give someone a voice who really needs it is outstanding. I can’t stress enough how important it is. Your caseworker is there but they’re overworked and underpaid, and have a million other cases. You can feel like they just want me to go with their case plan. So to have someone there who wants to be there and genuinely cares about your wellbeing and that your voice is heard is a spectacular thing.” – Alexis Baska, advocate for youth in foster care with Foster Club

Most of us recognize that “volunteer” implies unpaid work, often philanthropic in nature. The children CASA serves may not hear or understand the term. Plenty of kids know our volunteers only as “my CASA,” and if they’ve heard the full CASA volunteer or volunteer advocate title, they may not fully understand what it means to volunteer. Children in the foster care system are often painfully aware of the number of people around them who are getting paid to spend time with them.

This lack of understanding of the role of CASA in their lives sometimes leads to unique revelations when they find out that their “CASA” is not getting paid for the hours spent with them each month. CASA volunteer Krissy works with a set of siblings who are very cognizant of the role of finances in their life and the number of people who are employed for the purposes of helping them. During a daytime visit, the children assumed Krissy must be another of the many people paid by the child welfare system because she was spending time with them during working hours. When she explained that she didn’t get paid, they switched roles to become advocates for her best interest, concerned that by helping them for free, she might not be making enough money to get by! This endearing moment turned into a great lesson for the kids. They were curious about why she would volunteer to spend time with them. They talked about what it means to give back to the community, and all the causes you can help with beyond volunteering with kids: animals, the elderly, the homeless and more.

CASA volunteer Rachel’s moment of explaining she was unpaid became a major turning point in building rapport with an 8-year-old boy on her case. The siblings on the case had been moved at least 3 times each, some as many as 9 times. During one specific move, Rachel was driving this boy and his sisters to their new placement:

“As we drove away from the tiny trailer he called home, he was so angry. I could tell he wanted to cry but refused. The drive was 3 hours long and he remained quiet for most of it. Then he began to pick on his sisters. As I tried to correct his behavior from the front seat, he ended up unbuckling his seatbelt. I pulled over, put the car in park and turned around in my seat. I still remember his face as he yelled at me, using everything he could think of to take me down.

The last thing he said was, ‘You don’t even care about us, you just get paid to take kids away from their family.’

I looked at him and said, ‘I am so sorry buddy. I can’t imagine how you must feel right now. Your heart must be broken. I know my heart is broken for you. And even though you may not feel it right now, you are loved more than you could ever imagine. We are going to get through this together. I am here for you. I will work hard for you. And I won’t give up on you… because you’re worth it. Now buckle up.’

He now understands my role in his life. And every time he sees me he says, ‘You don’t get paid to be here. You want to be here.’ And to that I always answer, ‘With all my heart buddy.’”

Rachel’s supervisor shared that Rachel has won over this young man 100%. The supervisor attributes Rachel’s positive relationship with this boy to the moment he learned she was helping him purely because she wanted to be there, and not as another person paid to be there.

We want to thank all of our nearly 750 CASA volunteers who generously give their time and energy to helping kids every year. The hours you volunteer mean the world to children. 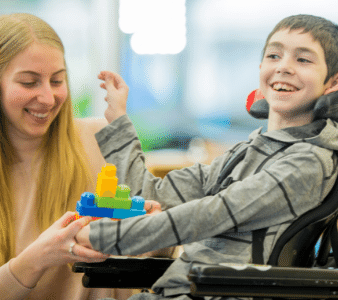 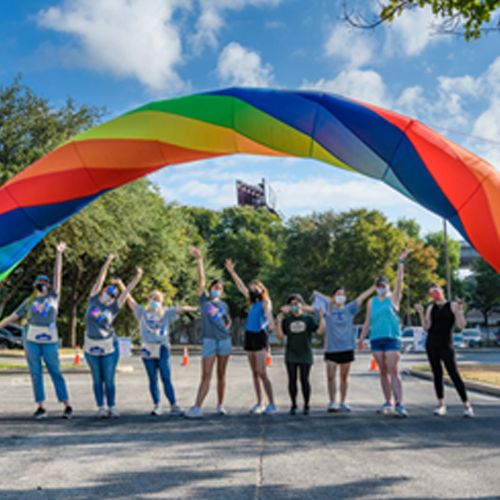