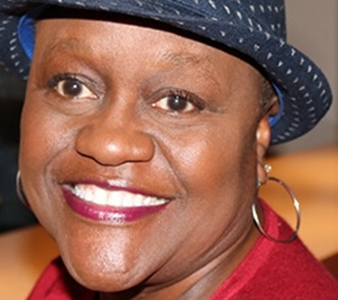 Texanna Turner knew she would be a special education teacher ever since the second grade. That’s when she first saw reports that public schools would begin enrolling children with developmental disabilities.

As the eleventh of thirteen children in northeast Arkansas, her path to earning her master’s degree and becoming a middle school principal wasn’t easy, but she could always rely on her family’s support. “We were a poor family but we learned how to take care of each other,” she says. “My older siblings took care of us. I knew I could do that for others and that’s always what guided me.”

Texanna taught special education for fifteen years, then served as a principal for both elementary and middle schools for another eighteen, before retiring in 2015. CASA was always part of her retirement plan.

“As an educator, I remember CPS being on my campus and having to call CPS on families,” she recalls. “The CASA volunteers who would follow and take on kids who needed them, they were inspiring.” Texanna started her volunteer training during her final year as a principal so that she could start advocating immediately upon retirement. “It’s given me a powerful voice. I can be more assertive for her than I ever was for myself,” she explains. “But I’ve learned to advocate for myself more, too.”