Riley is a super smart little boy who loves school. Batman is his favorite superhero and he loves toy trains. He’s creative and enjoys drawing.

But the story of his beginning was really hard. After he was removed from his parents for drug abuse and exposure to violent behavior, he went through a lot of turmoil. Starting out in a foster home, he then moved to relatives. He finally ended up in a shelter after his relatives couldn’t handle his behavior, which came from trauma he’d experienced. 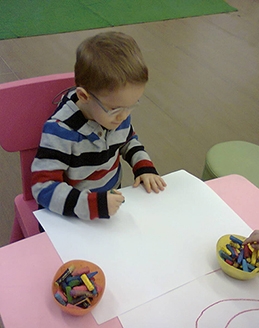 After being appointed as Riley’s CASA volunteer, I first met him in that shelter. It was a completely inappropriate place for a 4-year-old. The next youngest boy was 13. Riley had no toys and no school. I worked hard to get him out of this place, and he was moved to a shelter that served little kids and offered preschool.

Up until 2018, most 4-year-olds in the care of Child Protective Services (CPS) in Austin didn’t have a CASA volunteer by their side. It’s your support that has helped CASA grow to serve younger kids ages 2, 3, and 4 over the past year. You are making sure kids like Riley have a CASA volunteer like me to get them out of bad placements and make sure their individual needs are met.

Now CASA needs your help to serve even younger kids.

Would you make a one-time gift to give little kids a CASA volunteer to speak up for their best interest? It will be doubled!

We located Riley’s aunt Susan, who was interested in caring for him. She was sad that she hadn’t been contacted when Riley’s parents were having difficulties. She cared for him deeply, but there were barriers. Susan had children of her own and was living in poverty. Her first home study with CPS failed, and the judge denied placement.

But my CASA supervisor and I could see that Aunt Susan was incredibly resourceful, and she was committed to providing Riley with a safe, loving home.

We worked with Susan to develop a plan for meeting Riley’s needs. She got licensed to be a foster parent and moved to a new home that would better accommodate all the children. And she drove across the state to visit Riley when he was in a different foster home. The second time around, she passed the CPS home study. Riley was able to live with her and move toward a permanent home with his family through adoption.

When it’s safe and in a child’s best interest, it is our goal as CASA volunteers to keep children with family or relatives. With your support, CASA helped close cases for 741 children last year. 53% of those cases closed in family reunification and another 25% ended with children adopted by or living permanently with relatives. By finding and engaging family members—like Riley’s aunt Susan—children can have a support system and, oftentimes, a safe, loving, permanent home with family.

Your next gift to CASA will be doubled, and it will help children connect with safe family members.

As we were nearing adoption, Riley’s aunt Susan hesitated. She was worried about how resources for Riley might change once she moved from a foster to adoptive parent. She didn’t want him to lose access to the many things he needed—such as play therapy and sensory equipment—as a result of the trauma and neglect he experienced with his parents. I worked to overcome miscommunication between Susan and CPS and to show her that she’d be able to meet Riley’s needs.

We worked together to get the maximum amount of resources for Riley in the adoption, and I helped Susan understand how hesitating now could mean Riley would go into a totally different adoptive placement. That was the last thing she wanted, so we worked hard to ensure Riley’s needs would be met post-adoption.

On the day of Riley’s adoption by his aunt, I gave him a Batman backpack and action figure to celebrate his forever family.

I hope that Riley will continue to feel safe and loved. I want that for all the kids CASA serves.

I hope that Riley’s gifts will be better recognized and seen beyond his sometimes disruptive behavior. He is truly an exceptionally smart little boy.

And I hope that you will help CASA to serve even younger children than Riley.

Every child who’s been through abuse or neglect deserves a CASA volunteer by their side, watching out for their best interest and helping them reach safe, permanent and loving homes as quickly as possible.

Little kids can’t wait for CASA. Will you make a gift today and have your donation doubled?

P.S. One of my favorite moments of working with Riley was when his attorney told the judge in court that he said, “Miss Kim is my best friend.” Will you give, and have your donation doubled by our family foundation match, so that every child in need can have a “best friend” CASA volunteer by their side? 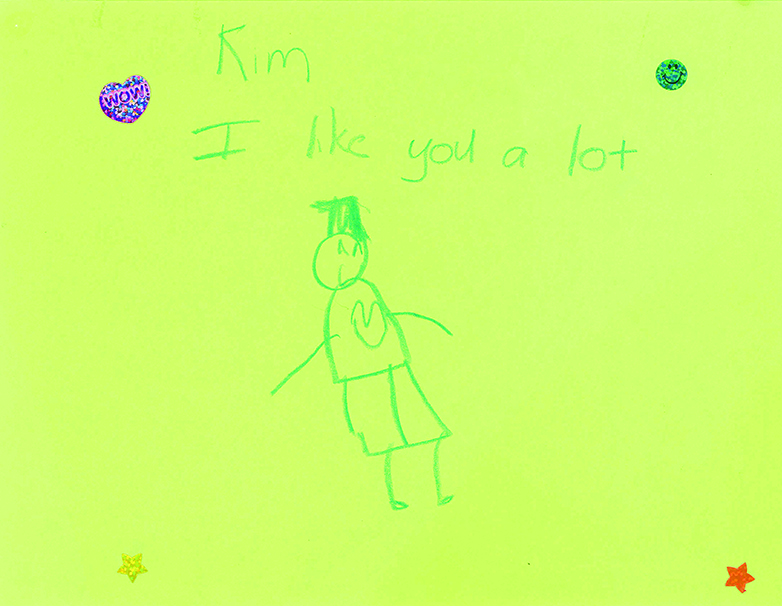 Since Riley loves to draw, he worked with his therapist to draw a picture of me with my usual baseball
cap and a heart on my shirt. His therapist helped him write the words “Kim, I like you a lot.” 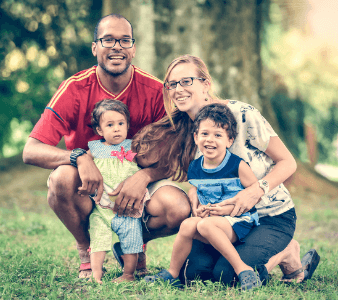 April is National Child Abuse Prevention Month, giving us the opportunity to come together as... 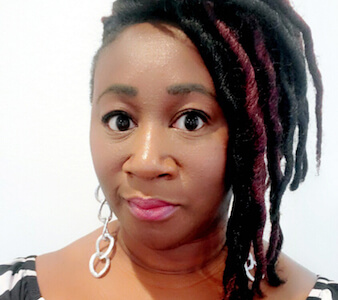 Voices of CASA Part Five: A Series on Race, Equity, and Inclusion 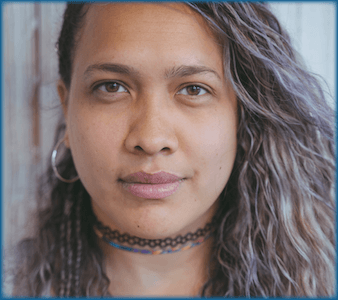 Human Trafficking Prevention Month at CASA: How Everyone in Our Community Can Keep Kids Safe

January is Human Trafficking Prevention Month, and we sat down with Emily LeBlanc, CASA of Travis County’s Chief Program Officer, to...