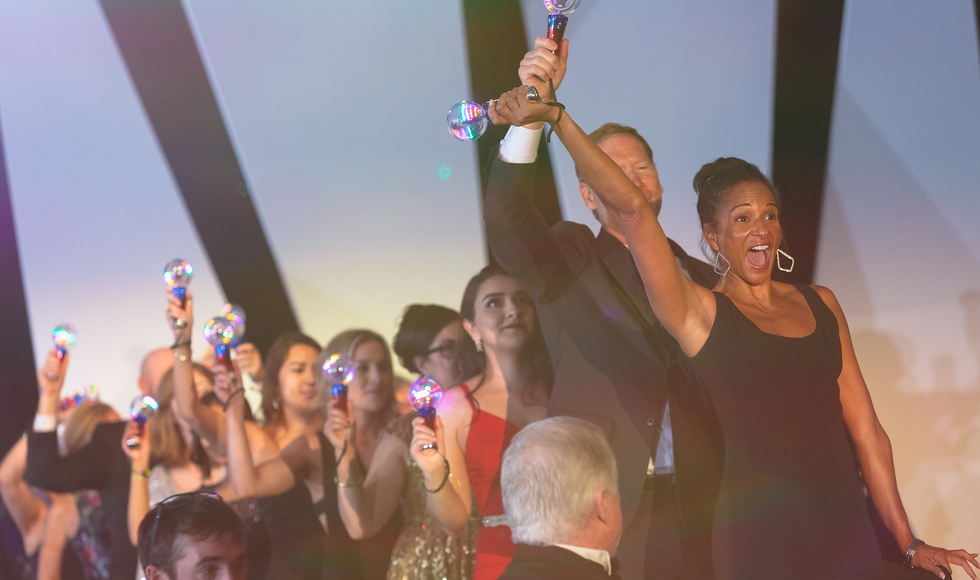 CASA volunteer Dionn Schaffner is in the middle of her second "Year of Yes." After reading an article about Shonda Rhimes' book by the same name, Dionn felt inspired to dedicate a year of her life to saying "yes" to each new opportunity.

"A lot of times we end up saying 'no' out of fear or nervousness. But I've realized that when you say 'yes', you either find something you love or you at least learn something from it!" laughs Dionn.

"A lot of times we end up saying 'no' out of fear or nervousness. But I've realized that when you say 'yes', you either find something you love or you at least learn something from it!"

The “Year of Yes” may be a more recent notion for Dionn, but her involvement in the community started years ago. Much of her effort revolved around her two children; one is in 8th grade, and the other is a high school senior. For nearly a decade, Dionn has volunteered as the choreographer and Director for River Place Student Theatre, a nonprofit organization that gives elementary students the chance to perform plays and musicals, and has managed communications and photography for her son's football teams from Pop Warner through High School. She also coached a Pop Warner Cheer Team for 9 years, taking the team all the way to a National Championship and is currently the President of the Young Men’s Service League – Austin Viper Chapter.

18 months ago, Dionn's life changed after going through a divorce and the death of her mother, Geri. Those two life events led to a good deal of self-reflection for Dionn, especially after seeing the impact her mother's life had on their community. "At her Celebration of Life, we were able to hear from all of the organizations my mom was involved in. We had never heard it all in one place before," Dionn shared. "My son turned to me and said 'I had no idea GG did all of that stuff!'" Her mother's legacy inspired Dionn to start a nonprofit in her honor, called Geri's Locker. "My mom always said to give whatever you have; time, talent or treasure. Mom did the lion’s share of raising us on her own, and still always found ways to give her time and talent."

Geri's Locker was founded on the premise of enabling everyone a chance to give their time and talent. Its mission statement states that the organization is dedicated to providing "boots on the ground" and "hands on volunteers" to participate directly in local service projects. Geri's Locker manages its own programs such as book and backpack drives for local schools, and also functions as a connection point to other nonprofits such as Meals on Wheels and CASA of Travis County. Dionn’s commitment to give back has not gone unnoticed by those around her: she was recently named a “Volunteer of the Year” by Pop Warner Little Scholars and “Community Volunteer of the Year” by the West Austin Chamber of Commerce.

Dionn's desire to become a CASA volunteer also came from her mother, who was a volunteer for CASA herself. She thought it would be a great way to give back and honor her mother’s legacy. Dionn started with the TAPP team (Teen Advocacy and Permanency Project).

"Right now I'm in the throes of teenage-hood with my own kids, and trying to teach them all the skills they need to know before starting adulthood. So what about those kids who are about to age out and are moving from home to home, and who don't have somebody? Who don't have these kinds of skills, like how to do laundry or write a check or open a bank account?" Dionn asks. She notes that a teen's traumatic background brings other challenging elements to this work as well. "I took the Trauma-Informed Advocacy Training at CASA—I think every parent should take one of these classes!"

Dionn is also passionate about representation in the child welfare system. As an African-American woman, she has asked to be paired with black girls on her cases when possible.

"Systemically, historically, a lot of these kids are not starting at the same point as everyone else. They have hurdles to overcome, but it doesn't mean they aren't motivated."

"Representation is important, and it's another thing that called me to CASA. Black kids are overrepresented in the system, and I thought it might be useful to have someone like me there as a volunteer," Dionn shares. "Systemically, historically, a lot of these kids are not starting at the same point as everyone else. They have hurdles to overcome, but it doesn't mean they aren't motivated. So what can I personally do to help them overcome these barriers? Sometimes it's just logistically getting things done. Other parties may not have the same breadth of access and time to look at all those pieces like CASA does. I think it makes a difference to be able to have a person who can look at the entire spectrum of the case, and say to the child,  'you are my focus'".

"Have you ever heard of a Zorro Circle?" asks Dionn. She goes on to explain a concept that Sean Achor, author of The Happiness Advantage, created, inspired by the character of Zorro. "Zorro learned to fight in a small circle first. Once he mastered the battle in that space, he expanded the circle," she explains. "My circle used to just be my kids. Now, as they've gotten older, there's been a shift and I've expanded the circle to make an impact outside of just my own family.”

Dionn shares that there’s a hashtag she likes to use: #liftingasweclimb. “What if everybody just pulled one other person up a little bit? That's how we close the gap. What if you just took one person with you?"