Be the person to make a child feel supported, understood, and accepted.

Right now, a disproportionate number of the youth we serve identify as gay, transgender, lesbian, bisexual, queer, and questioning. These children, who are often at higher risk for displacement, violence at the hands of others, and rejection from their own families, are 2.5 times more likely to end up in the child welfare system than their peers who identify as heterosexual. A 2019 study found 30.4 percent of youth in foster care identify as LGBTQ and 5 percent as transgender, compared to 11.2 percent and 1.17 percent of LGBTQ youth not in foster care.

Youth in the child welfare system are already vulnerable to negative mental health outcomes, but for LGBTQIA+ Youth, these rates increase considerably due to discrimination. However, children and teens who have at least one safe and accepting adult in their life were 40% less likely to attempt suicide in the past year. As a volunteer advocate, you could be the person to make sure every child and teen we serve grows up feeling safe and accepted. 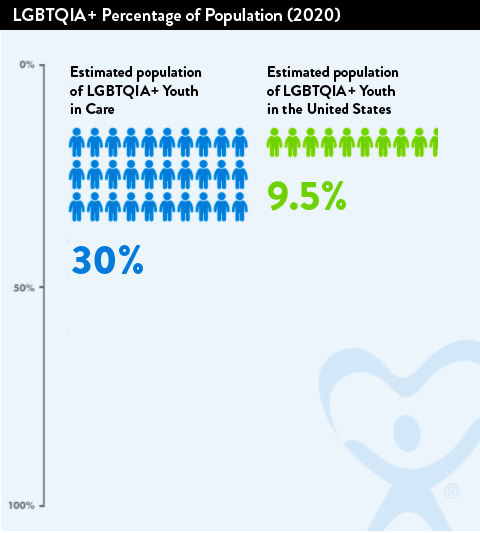 We need people like you to make sure kids’ voices are heard—to make sure they’ll have a fair chance at a positive future—by becoming a CASA volunteer.

Advocate for a child who needs you!

Here's how you can take action for kids:

You too can become a CASA Volunteer.

Our volunteer advocates come from every walk of life and share a commitment to improving children’s lives, a willingness to learn and an open mind towards life experiences different from their own. Learn more on our website, or RSVP for a Zoom Info Session.

Make a donation. Attend an event. Plan a fundraiser. Find out the many ways in which you can support CASA.

Share www.casatravis.org/volunteer on social media, or refer a friend who might make a great advocate for kids!

You could be the one who truly understands. Become a CASA volunteer today.