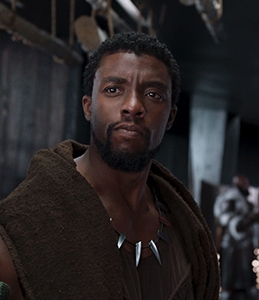 Daring to be Diverse: Why Representation in Superhero Pop Culture Matters

It goes without saying that diversity in pop culture is imperative, a notion that Hollywood has only begun to take seriously as of late. It’s especially important for kids in the foster care system to see themselves represented in superhero pop culture; in figures that are represented as heroes of society, as purveyors of a just civilization, as cherished idols of the community. Our goal is for all children to be able to see themselves as potential superheroes, something we celebrate annually at our CASA Superhero Run.

Children of color are overrepresented in the foster care system, and often spend more time in the system than their white peers. When children of color are disproportionately represented in the child welfare system, having the opportunity to see themselves in popular superheroes can instill a sense of purpose and belonging. A child can watch Black Panther and its celebration of African culture and realize that their heritage is an identity to embrace proudly. They can see Wonder Woman and learn that power and strength isn’t gender-discriminatory. A child can turn on Cloak and Dagger and realize they can overcome trauma and be an arbiter for change in a society that’s historically put them at a disadvantage for the color of their skin.

“Marvel movies often take place in grand, imaginative locales, like Thor’s Asgard or Guardians of the Galaxy’s far-flung planets. But nothing has been quite as audacious and poignant as Wakanda…home to a thriving black population that represents our collective ingenuity and beauty. As a testament to black empowerment, Black Panther is an important artifact, but it’s also, quite simply, a big draw for black moviegoers starved for this sort of vision.” (via Vox)

“When a woman chooses to wear her hair in its natural state, it's a statement that she's taking ownership of her roots and history, and that she's not changing her looks to meet a racist societal standard about what's deemed attractive or professional. Every day I pik out my hair, I feel more empowered and at peace with who I am as a Black woman, and I take strength from others, like [Domino], who do the same. Watching her in Deadpool 2, a major Hollywood movie seen by millions of people, I get the fuel I need to feel confident and beautiful in my own appearance.” (via Bustle)

*Due to the R-Rated nature of this film, we’ll let you look up your own preview video!

“Marvel’s Runaways has always been more inclusive than your average superhero comic. With a team filled with diverse young heroes–whether it’s group leader Alex Wilder or resident sorcerer Nico Minoru–the group has always been more than your usual whitewashed male centric hero team-up. When it came to the show, the creative team ramped that up even more, casting Latinx actors to play both Gert and Molly, upping the diversity and making Runaways one of the most inclusive superhero shows on television.” (via Nerdist)

“Cloak & Dagger has a Black male lead who, thankfully doesn’t shy away from his Blackness. Viewers will see Tyrone navigate being Black in America, superpowers or not. Joseph does a stellar job showing Tyrone’s angst.

‘I think it’s going to be great for people to really dive into a young Black individual, to see his hopes and to see his dreams and see what he’s going through,’ Joseph told EBONY.”

“Cage’s heroism is symbolized by the bullet-riddled hoodie, which represents Trayvon Martin and the Black Lives Matter movement. An indestructible Black man becomes the face of resistance, and the season delves deeper into what it means to be a Black hero. Unlike the other superhero series on Netflix, such as Iron Fist, Jessica Jones or Daredevil, Cage’s heroism is intertwined with the struggles of his race. He has to deal with social media, fame, gentrification and how to make money while sacrificing for the greater good of Harlem.” Via EBONY.

The CASA Superhero Run is just around the corner on Sunday, September 16! This year, we’re encouraging you to help us bring diverse superheroes to the run. Use these lists of some Latino, African American, LGBT and Asian superheroes as inspiration for your costume this year.